Gary DuBreuil (Dalton) returns to Capital Fringe after performing in 2016’s best seller at Flashpoint, HUNT. DC credits include The Farnsworth Invention (1st Stage), Much Ado About Nothing (NextStop Theatre), The Ugly One (Nu Sass Productions), As You Like It (Prince George’s Shakespeare in the Parks), ‘Tis Pity She’s a Whore and A King and No King in repertory, The Maid’s Tragedy (Brave Spirits Theatre), and 1984, Fear Eats the Soul, and War of the Worlds (in DC and Prague) (Scena Theatre). http://www.garydubreuil.com

Rachel Manteuffel (Erica) is so excited to be here working with the Derek Hills team for the second time. She’s worked recently with The Washington Rogues, Prometheus Theatre and Doorway Arts Ensemble. This summer she’s doing White House area walking tours as Lady Bird Johnson’s press secretary with Pickle Pea productions. In her other life she’s a writer, mostly for The Washington Post. Thanks for coming. 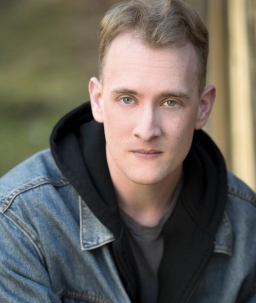 Jesse Marciniak (Ash, Sound Designer, Projection Designer) is an multidisciplinary theatre artist in the Baltimore/ D.C. area. Jesse holds a BFA in Acting from Towson University. Recently, Jesse was an ensemble member and the projection designer for Scena Theatre’s 1984 by George Orwell. Jesse would like to give a special thanks to Natalia Gleason for getting him involved and continuing to be a great collaborator and friend. http://jessemarciniak.com

Kelly Cronenberg (Gertie) is an actor and voiceover artist in the DC area. She is a graduate of the Theatre Lab’s Honors Acting Conservatory. She was recently Assistant Director for Theatre Lab’s productions of Chess and Titanic and costumed their summer musical, Kid’s Table. Her acting credits include The Sea Gull, A Visit to a Small Planet, and Measure for Measure. She teaches with the Music Together Alexandria studio in Del Ray, Virginia. Bryanda Minix (Director), originally from Houston, TX, is a 2016 graduate of the Honors Acting Conservatory at the Theatre Lab. Last year, she directed The Regulars, and is thrilled to be back again this summer directing her second Capital Fringe production. Her diverse experience as an actor, teaching artist, writer, improviser, photographer, dancer, and craft artist are dynamics she brings to every project. She is grateful for both the opportunity to bring another new work to the stage and for being able to give other women opportunities on and off the stage.