OK, so I ignored the headlines the first few days. I mean – really – Lena Dunham the child molester? To a codger like me, she’s practically a child herself. And as a busy IT professional doing the people’s work at US Customs & Border Protection, I don’t have time to follow the daily ebb and flow of rage among boosters and haters in Bloggerland, unless we’re talking Senate Majority Leader-elect Mitch McConnell. (Fear the Turtle, guys.) But with last Tuesday’s bloodbath election behind us and President Obama cowering behind the ramparts at Fort Lame Duck, I was surprised to see that the Dunham’s story was still in the news.

Could she really be a child molester after all?

Now I’m neither a Lena fan nor detractor – I learned of her only a year ago when my friend Catherine (b. 198x) mentioned her with off-the-charts admiration: “Lena Dunham [blah blah fashion/television/anthromorphology]…,” as if Dunham were leading a Millennial Cult based on solipsism and wanton nakedness. I’ve done some reading up since then and have come to respect Dunham’s achievements, never mind that I’ve never seen Girls and don’t intend to read her memoir.* I simply like how she helps us question who and what we are as a society, and that’s praiseworthy even if she epitomizes self-obsessive white privilege as the naysaying commentariat constantly reminds us. (Ka-ching!) 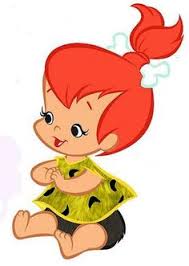 But this vagina thing. In her memoir, Dunham describes how she – as a seven-year-old – pried open her year-old sister’s girlyparts and uncovered a cache of pebbles. (Cue the uproar.**) Yet for all the dialog on the so-called morality of this scene, the thing I find most intriguing about it are the pebbles. They remind me of storytelling’s “Pseudo-Internals” Technique (TM pending), a.k.a. the method by which an artist may exaggerate or invent some thought or vision to justify an ensuing action. It’s a great way – especially as events recede into the hazier parts of our memories – to recover or re-create our original motives in a scene as well as heighten the stakes as a tale nears its climax.

This technique should be familiar to anyone who’s traded stories around the dinner table and is a tool I’ve used regularly as a storyteller over the last five years. And although it can push a true story to the brink of fiction, as a device it’s unmatched in its capacity to add humor to a tense moment or establish the teller’s expectations as events unfold. Why, for example, did I go to 7-11 for my first-ever condom buy (at age 28!) instead of the much closer CVS? Because I figured it was the one place in the world where a graying, near-virginal man can’t be judged.

Now is that exactly how it went down in my sexually frustrated, late-bloomer mind? Officially, yes, though between you and me the exact calculus may have been different. I simply can’t remember. But the way I see it, if a small narrative liberty helps expose a vulnerability that will help me connect with the audience, then it’s a path worth taking.

Not that there aren’t limits: sometimes pseudo-internals gets storytellers in trouble. Once, I told a story about a fantastic nerd-frontation in my high school cafeteria involving a knock-off Star Trek (original series!) communicator and… Well, does it matter? The entire scene was completely (and poorly) made up. (This is the pseudo-internal’s evil cousin, the Big Fat Lie.) I felt bad about it, the audience totally knew, and the room was crickets as a result. I haven’t told such a howler since.

Luckily, I’m a cultural nobody, so at least I have the privilege of unmasking myself. The same can’t be said for Mike Daisey, who – in his generally brilliant The Agony and Ecstasy of Steve Jobs – claimed to have witnessed hardships he merely read about in the news. Perhaps his fabulism (uncovered by Rob Schmitz) about workers and conditions in Chinese factories was justified on theatrical if not journalistic grounds – an idea Chris Klimek considers here – but Daisey’s mistake was less his false claims than the call to action that followed them. In Jobs, he asked the audience – at length – to pressure Apple and its suppliers to improve workers’ rights. I have no problem with this at all, but his request’s emotional force stemmed mainly from the tragedies he said he saw and the way he said he felt when he saw them. For many folks, this deceit was an unfair manipulation.

But by and large, the audience gives storytellers wide latitude to tell their tales, to intertwine fancy and reality, and to reveal who and why they are. Folks after all are spilling their guts up there (a.k.a. oversharing). Which makes the to-do surrounding Dunham – and the pebbles – all the more interesting. Because while most artists use this technique prospectively (i.e., here’s what drove me to do X), Dunham’s gambit is entirely retrospective: she discovers the rocks after the act. This, to me, is a clever inversion of the pseudo-internal form. Rather than justifying something weird she was about to do, the pebbles – which she couldn’t have known about before peeling back her sister’s labia – instead justify what she just did. It makes her prospective justification – rote curiosity within the “spectrum of things” she might do – seem like an afterthought.

And then there’s this: Dunham claims to have imagined nothing. The pebbles were there. And if I ignore for a moment the specter of implausibility that hangs over this episode – could/would an infant really stuff multiple stones into her little asexual hoo-hah (ahem!) – its strangeness also creates a striking realness. I mean, why would someone make this up? In the end, the only one who can corroborate Dunham’s retelling of this event is Dunham herself. That’s the storyteller’s chief ally in these matters and always will be. (By the way, I suppose her mom could chime in, but what kind of parent would publicly question a recollection that, this far in the rear view, is pretty much meaningless?)

But let’s dispense with pseudo-intellecutalism: am I calling bullshit on the pebbles? Well, lemme break it down: Y-E-S. Because even if a one-year-old did manage to stuff a pebble inside herself, I think the discomfort alone would stop her from repeating the process again and again. But perhaps I’m granting too much rationality to an infant. And as I’ve said, it doesn’t really matter anyway. But if Dunham did make up the pebbles and intentionally employed the retrospective “Pseudo-Internal” Technique (TM pending), all the more kudos to her. She’s got people talking, again, whether she meant to or not.

Although I still don’t intend to read her memoir.

*Does this nullify my commentary on the vaginal pebble issue? In a better world, yes.
**Attention, rabble-rousers: I regret that I have no opinion on whether it’s normal for a young girl to examine her sister’s genitals. But if it pleases you, I will acknowledge that child rearing in the Dunham household was perhaps out-of-step with the mainstream.

CORRECTION: An earlier version of this commentary misstated the degree of admiration my friend Catherine has for Ms. Dunham. I regret the error.

One thought on “A laggard comment on the Lena Dunham hoo-hah controversy: a storyteller’s view”